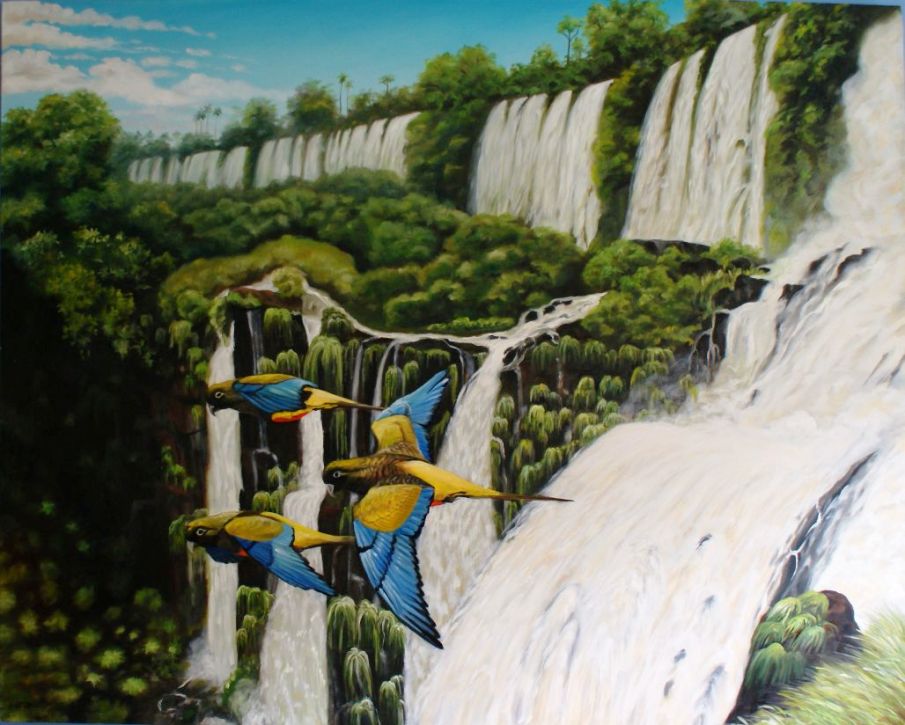 This painting is dedicated to waterfalls of Sete Quedas, which were buried alive by human greed and indiference.

Here below is an extract of a poem of Brazilian poet Carlos Drummond de Andrade, composed to commemorate the funeral of splendid waterfalls Sete quedas, which ceased to exist as the damn of Itaipu started to funcion and thus submerged hundreds of kilometres square of pristine jungle, including the magical waterfalls of Sete Quedas, on August 18, 1982, considered up to then one of the wonders of the nature.

Seven falls which passed through us,

And we did not know, oh no we didn`t, how to love them,

And all seven perished,

And all seven vanished to air,

of living hacking the life,

which never again will ressurect.